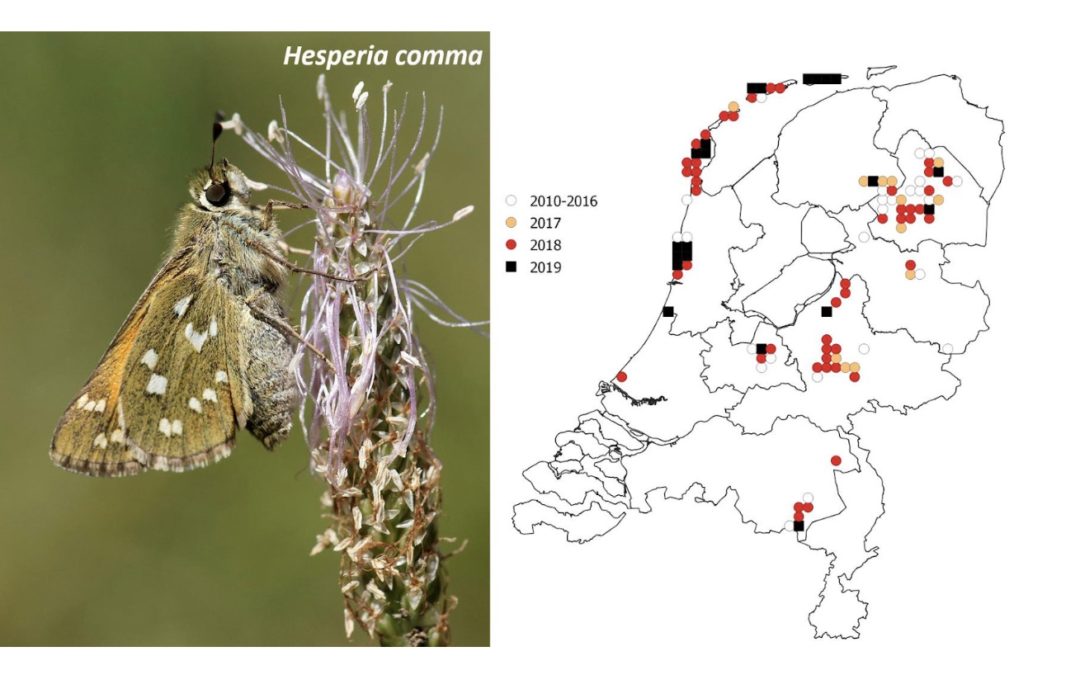 Many butterfly species are threatened in the Netherlands, especially species from nutrient poor sandy areas are doing poorly. This is due to a large part a result of habitat loss and nitrogen deposition. The areas where they occur have become smaller and smaller, and populations have become fragmented. This makes the remaining populations very vulnerable.

The droughts in 2018 and 2019 have therefore have had big impacts on these species. An example is the silver-spotted skipper, Hesperia comma, in 2019 it has disappeared from many areas where it occurred the previous years. Whether it can hold on in the few remaining locations is a big question. Luckily there are citizen scientists in the Dutch butterfly monitoring scheme that track these populations so we know exactly how they are doing.