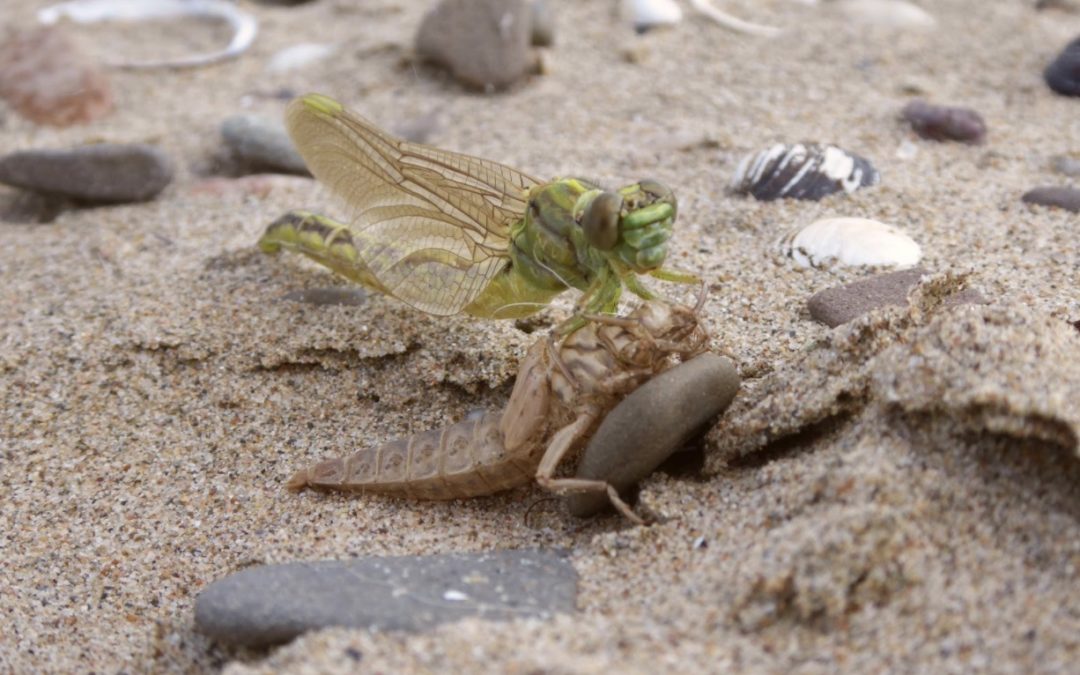 Dragonflies are often conspicuous animals but some are not easy to find. The river clubtail (Stylurus flavipes) is an example of the latter. This species lives in the sand on the bottom of large rivers as a larva and the adults wander around in large areas near the river. It used to be extremely rare in Europe as a result of pollution of the main rivers. Thanks to improved water quality it has regained most of its former range and also recolonised the Netherlands.

As it is such a special species and it is under EU-protection as a habitat directive species we want to know where it occurs. Given that both larvae and adults are hard to find we focus on the step in between, emergence. The larvae crawl out of the water, often on sandy beaches but also in vegetation. They leave their empty larval skin behind and those can be found on the beach. Sometimes with the dragonfly still on it, preparing for its maiden flight. Some people look for these on the beaches. To gain insight in the occurrence of this species we ask these citizen scientists to record how many larval skins they can find in 15 minutes.

A simple standardisation of the recording increases the value of the data substantially. This way we can compare data and have true zeros, if someone hasn’t found anything we know they looked for 15 minutes. This is a very small extra effort for a citizen scientist recording these anyway but a huge help with the interpretation of the results. The time to look for these larval skins is now and they can be found on sandy beaches along large rivers in large parts of Europe.