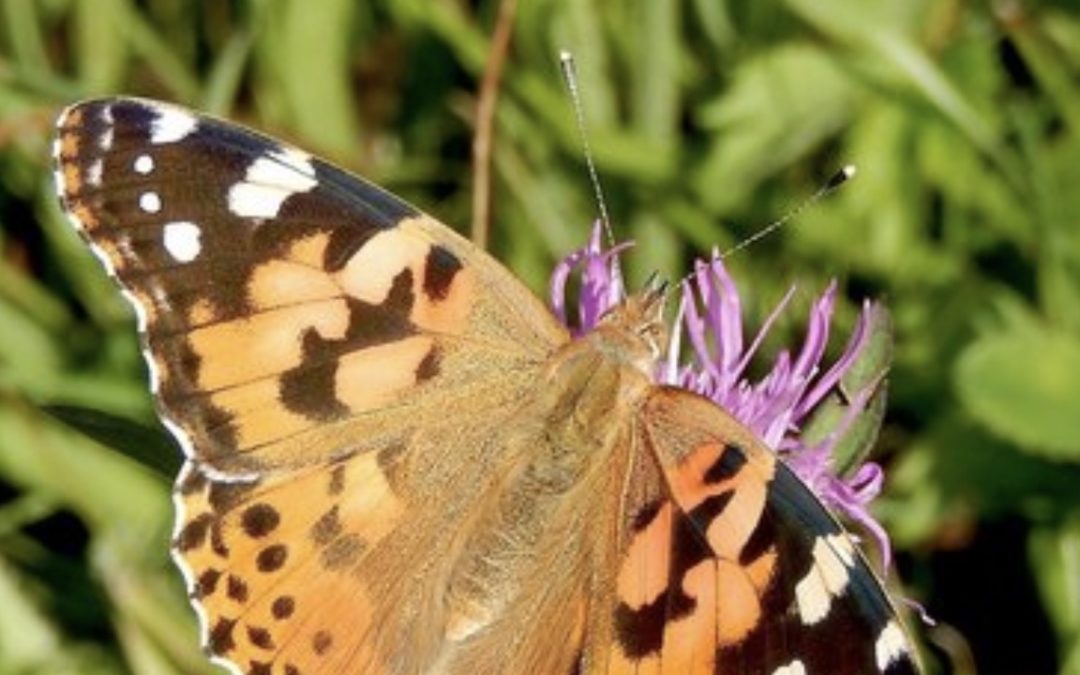 The last few days the number of Painted ladies, large orange and black butterflies have increased enormously in North-Western Europe. These butterflies come from Africa and the Mediterranean to the northern parts of Europe almost every year but the numbers vary a lot. This year there was a big migration into North Western Europe in early summer but as they came all the way from the Eastern Mediterranean, from Israel over Cyprus and not from Morocco/Spain they arrived later than usual. Because of the hot weather the caterpillars developed quickly and the next generation is already emerging. These will be around in large numbers the coming weeks.

We only know this because there are citizen scientists recording butterflies throughout Europe. In the Netherlands there is a standardized monitoring scheme that allows us to compare changes in abundances over time.