The snowfall that changed the night sky in Madrid 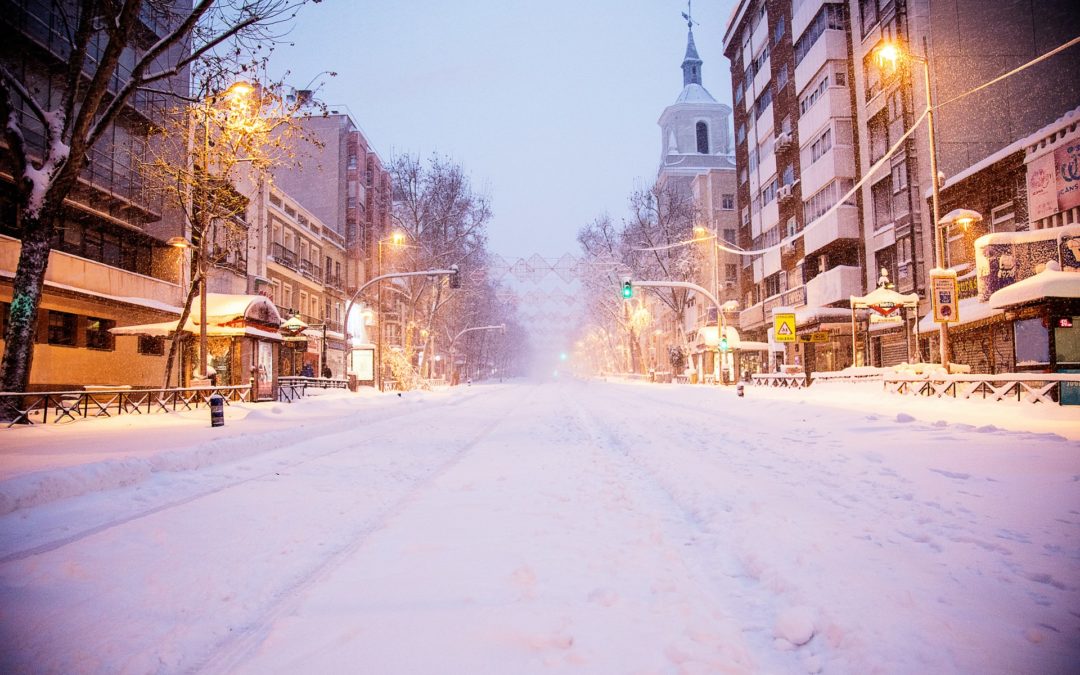 Up to 50cm (20 inches) of snow fell on the capital Madrid, last January the 8th & 9th. The record-breaking snowfall triggered some unprecedented scenes in Madrid. The low temperatures kept the snow and ice piled up across the capital for several days what triggered people to sky along Gran Vía street or had a snowball fight in Callao square.

The snow covered all streets in white and the surfaces lit by streetlights changed from gray (asphalt) to very reflective snow white. Some citizens reported the unusual bright glare of the sky during the first nights that were covered with clouds.

The sky brightness and color data of the night sky recorded by the  TESS photometer network and AZOTEA Project has allowed to study the evolution of the darkness of the night sky before, during and in the nights after the snowfall. According to Researchers from Universidad Complutense de Madrid, this was an extraordinary opportunity to determine the contribution of the streetlight reflected on the ground to the light pollution.

The results show how the sensors were covered by the snow the first night, but then recovered the activity as they are designed to warm up and melt the snow, then researchers could measure exactly the decrease in darkness of the sky. It is difficult to obtain useful information during the cloudy nights as the sky brightness depends on many factors, mainly the cloud coverage.  Fortunately, the weather changes and with an anticyclone (high pressure) over Spain, Madrid got clear skies. 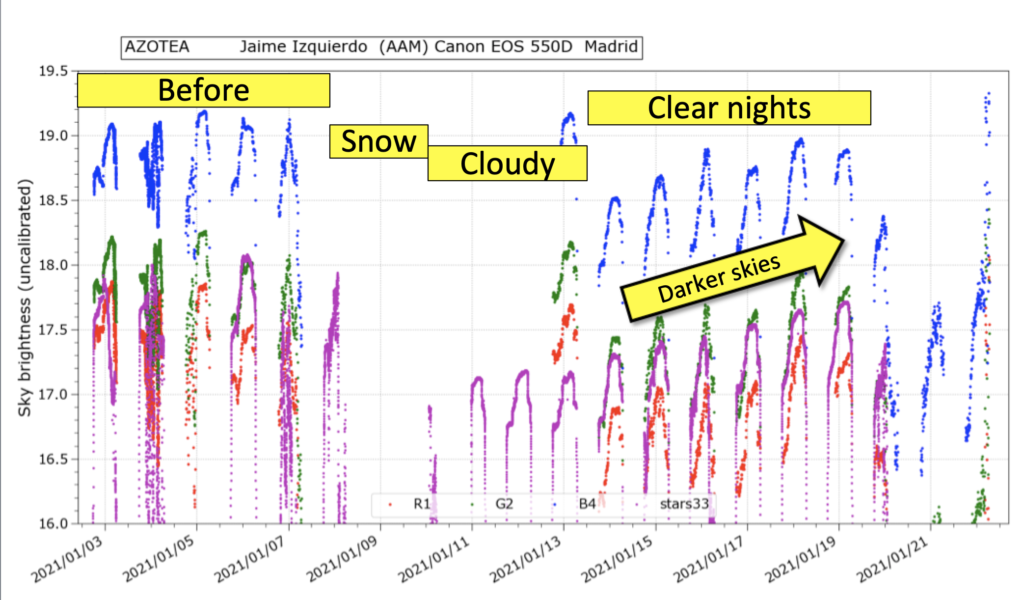 During the next days the snow was progressively disappearing from the streets and the effect of the light reflected by the snow reduced. The sky recovers the typical brightness when the snow completely melted or was retired.

There are other factors affecting the results, as the absence of human activity and traffic that reduced their contributions to light pollution during the first nights. Fortunately, the researchers had their photometers continuously monitoring the brightness and the contribution of citizens that shared their observations with the AZOTEA project every night, allowing the team to build up these interesting results.