What we learned from the second ACTION open call 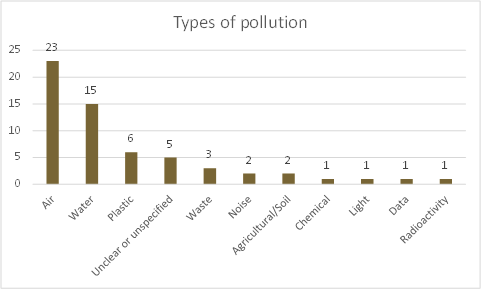 The second ACTION open call closed on November 1st, with a total of 78 applications received. We have reviewed them, interviewed 18 applicants, selected our new pilots, and are just about to finish their plans for the second accelerator, which will launch on 1st March. What better time is there to look back on what we did, and what we learned from it?

In this second call, we were looking for ongoing citizen science projects that were primarily carried out online. In practice, we found that applicants used very different interpretations of this definition when they applied: Some projects were primarily online in that they used Zoom to communicate, others worked with fully established online platforms for data collection. We received applications investigating 11 different types of pollution. We also received about 50 queries from applicants during the call, most of which enquired whether or not a specific project idea might be eligible. For future calls, we would consider further clarifying the eligibility criteria.

We had simplified the application form from the first ACTION open call, which has worked well: Projects provided a summary at the beginning, outlining their overall project and goals, and then answered fewer, more specific questions in the rest of the form. The new questions we asked about experience with online engagement were very well used both in applications and reviews.

Despite the increased focus, number of queries, and simpler form, unfortunately 30% of applications were ineligible. The most common reason for applications being rejected as ineligible was that they were too long; we allowed only four pages, and 9 applicants submitted 5 or more. The second most common reason was formal issues: The wrong form was used, the declaration of honour was not signed, or the application was submitted late. A small number of applications were sent from organisations in ineligible countries, or proposed projects that were not citizen science.

During our reviews, we found that the most common issue highlighted in applications was the proposed engagement strategy, with citizen scientists being involved in very limited ways, often only as hosts for sensors. About half of the eligible applications did not make sufficiently clear how they would benefit from their participation in ACTION, and what kind of support (beyond funding) they were seeking. Impact remained a big topic as well, with about 50% of projects showing only limited potential impact, both on the pollution issue addressed, and on the participants themselves. On the other hand, nearly as many applications came with impressive impact opportunities – though some lacked impact in one area (e.g. pollution) in favour of another (e.g. policy). Several projects were critiqued down by reviewers because they did not appear to be feasible, either in the timeframe, budget, or ambition they put forward. Similar issues were highlighted around sustainability, where several projects did not provide sufficient plans for activities or maintenance of their outputs beyond the ACTION accelerator.

Overall, the quality of proposals we received was very good, and covering a large variety of projects, types of pollution, and forms of citizen science. The breadth of applications and project types was a good example of all the things that citizen science can be.