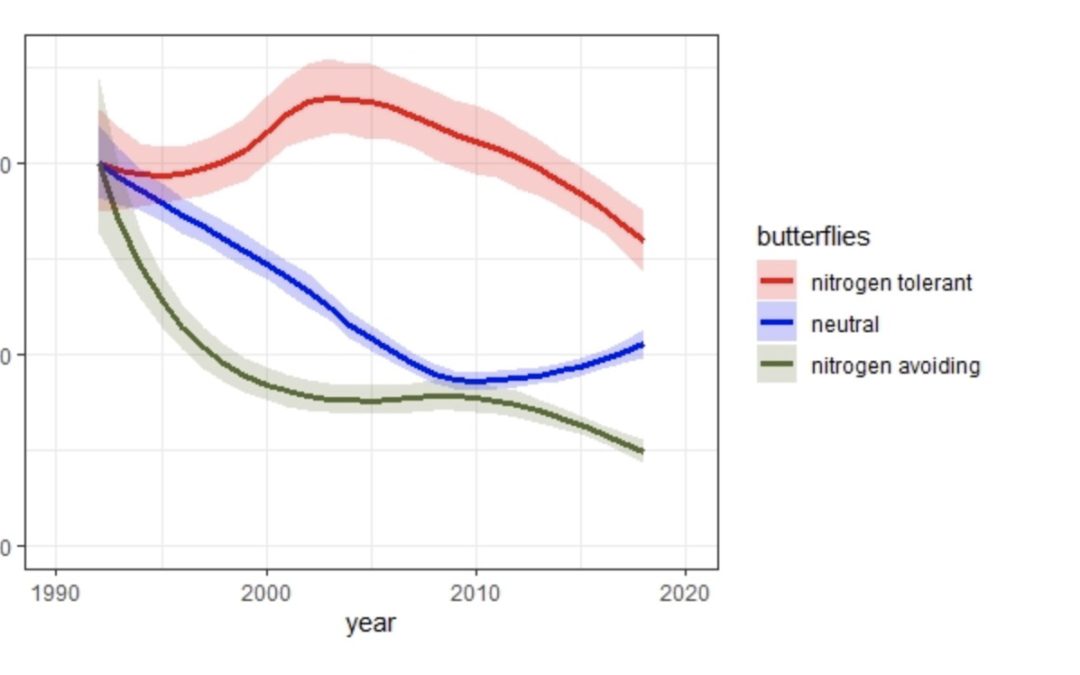 Agriculture, industry and traffic cause emissions of reactive nitrogen, NH4 for agriculture and NOx in industry and traffic. This also comes down as deposition in nature reserves. As nitrogen is a plant nutrient this changes the vegetation but it also causes acidification of the soil. In the Netherlands nitrogen deposition is so high many nature reserves are in a poor state.

This is in violation of Natura2000 legislation and therefore many permits for activities resulting in nitrogen emissions (including building) are blocked at the moment. The deposition is modelled but we also see the effects in the butterflies counted by citizen scientists in the Dutch butterfly monitoring scheme. Butterfly species that prefer nitrogen poor areas are doing especially poorly, they declined with 75% since 1992.

This shows that this nitrogen deposition does strongly affect Dutch ecosystems and rigorous measurements are needed to protect these butterflies and their ecosystems.