Evidence light pollution can be measured directly from space 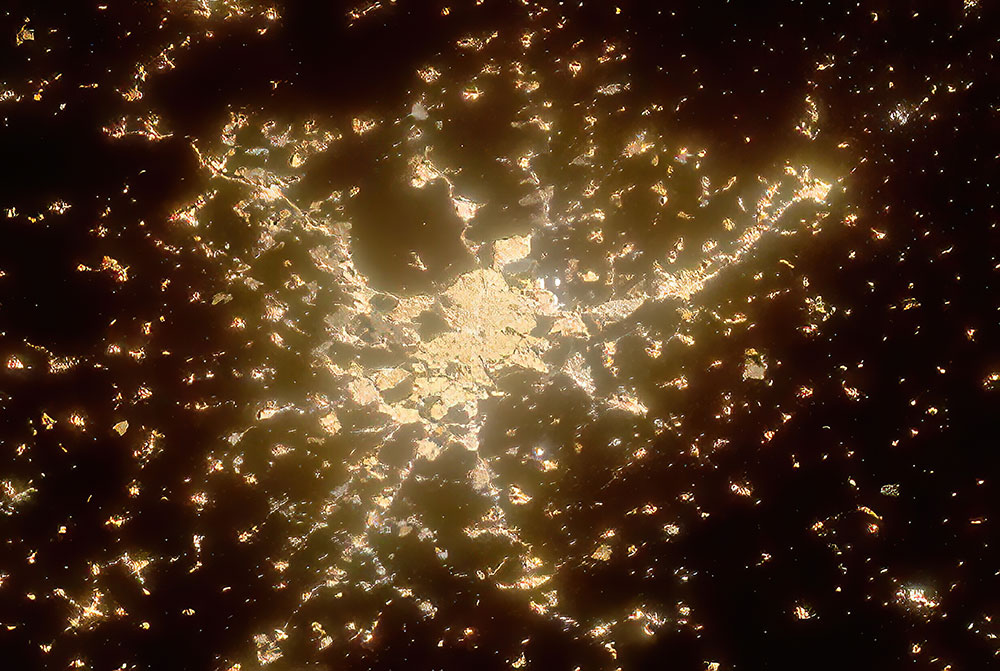 Light pollution was believed could only be measured with photometers from the ground, but a new research published in Scientific Reports (Nature group) has proven that it is also detectable from space. Satellites detect diffused light in unlighted areas outside cities. Until now these detections were attributed to an instrumental effect but the study shows that this diffused light has its counterpart measured from the ground fitting light pollution models perfectly.

Artificial night light passes through the atmosphere, interacting with air particles deflecting in all directions, generating a luminous halo in the sky, that now we know, can be seen from the ground as sky brightness and from the space as halo of diffuse light. To detect this halo, scientists from the Complutense University of Madrid in collaboration with the University of Exeter have combined 24 months (spread over 6 years) of data from the SNPP/VIIRS-DNB satellite in a single image.

HDR image used by the researchers in which the halo produced by the artificial night light in Madrid is observed. Credit: Alejandro Sánchez de Miguel /ESA / NASA

Thanks to these results, scientists have developed a new application, still in beta, from which the value of sky brightness and its evolution can be consulted anywhere outside of urbanized areas. It is a map with direct measurements and not data produced by a theoretical model like those that existed until now.

The results of this project are good news for all researchers studying the effects of artificial night light, since they will not only be able to use the halo data to better delineate cities, but they will also save thousands of travel kilometers to take measures as they have been doing until now. 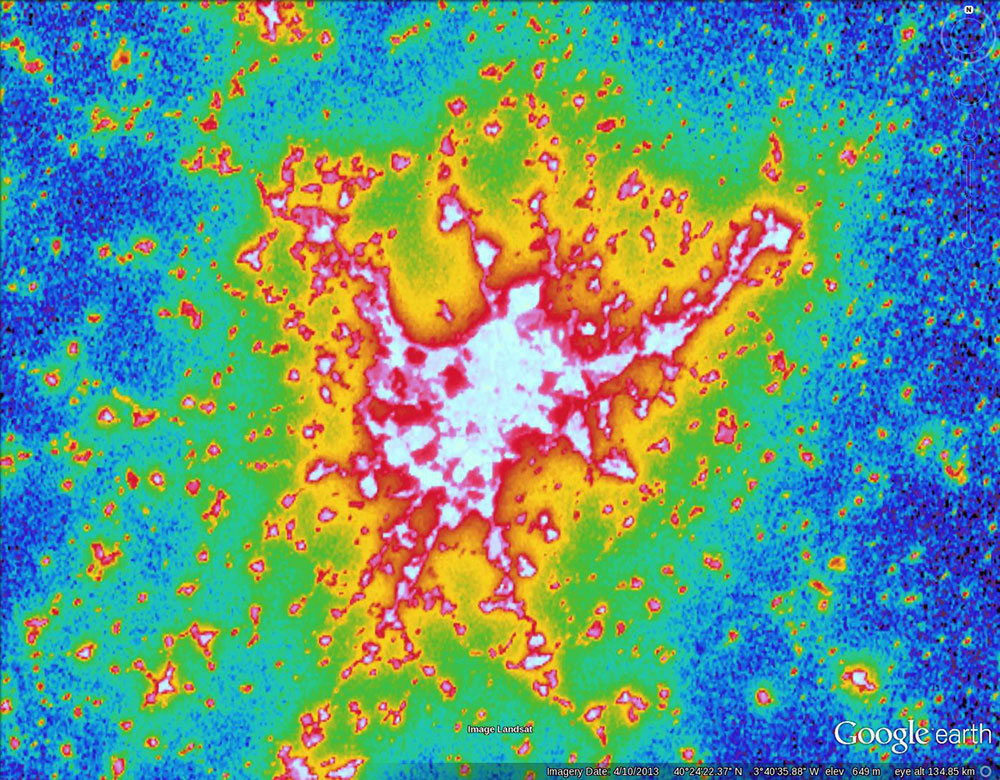 Capture of the new application. To carry out this study, 6,753 kilometers of measurements were used throughout the community of Madrid. Credit: Alejandro Sánchez de Miguel et al. / NASA / ESA