What do you understand by #OpenScience?

Last February, from 17th to 19th, ACTION celebrated its Accelerator Kick-off Meeting in Berlin. Members of the project had a meeting to give a boost to the development of the actions in which they are involved.

Among the participants, Oscar Corcho, as part of UPM, contributed with a presentation under the title Citizen Science Data Challenges and Open Data, in which he made a complete tour around Citizen Science and how it is understood, talking about the importance of Science as a common good open to all in which everyone can participate.

After presenting the Open Science Umbrella, he talked about the Open Science circle; what it is and how it is managed. Experiment, Data Collection and Analysis, Publication, Release, and Hypothesis and design. Corcho also detailed the importance of science reaching media for them to transmit it to society.

To complete the session, Oscar Corcho pointed out how open science can be applied to the projects in which people participates, from the first plan at the beginning of the project to the way of publishing papers and datasets in repositories available to other researchers and to society in general.

The European Open Science Cloud, Figshare or Zenodo entered this journey through Open Science in which the FAIR Principles were also discussed. 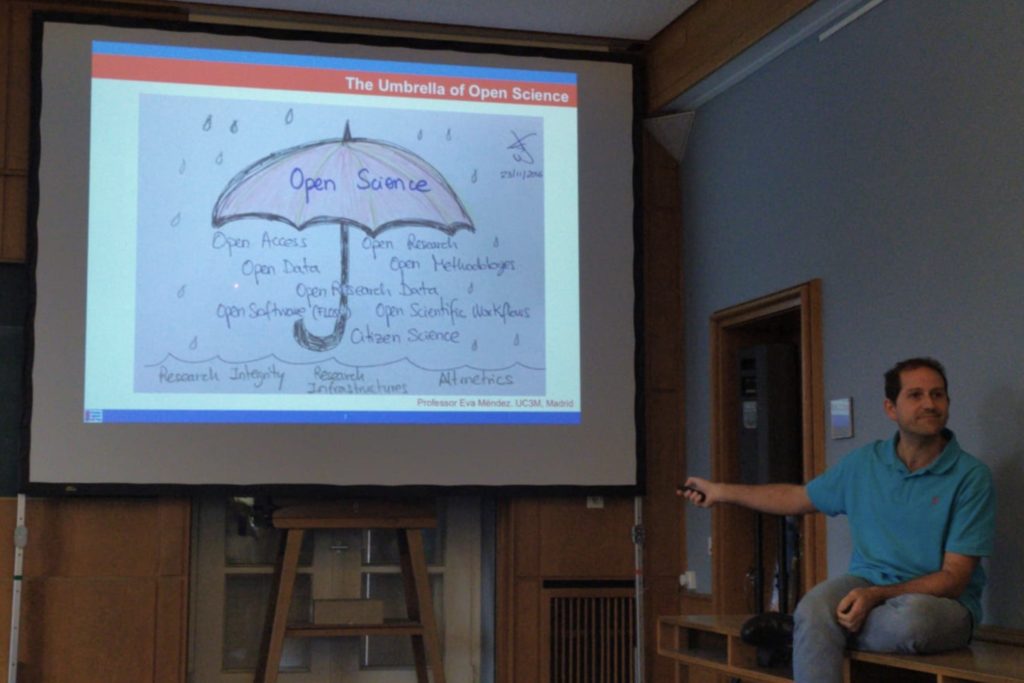 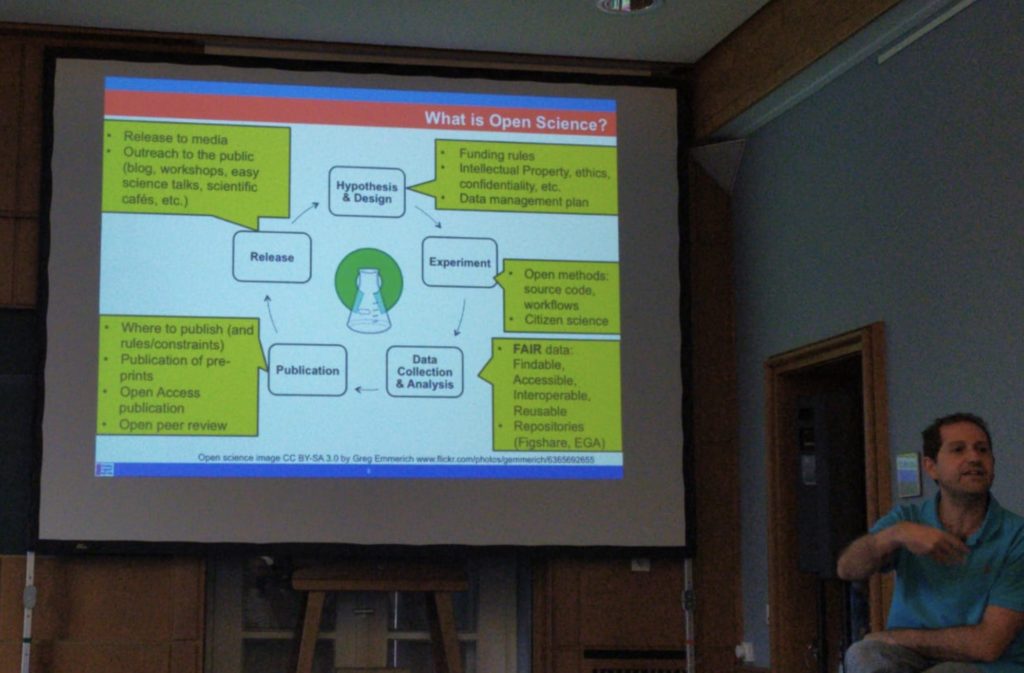