What the pandemic has taught us about light pollution 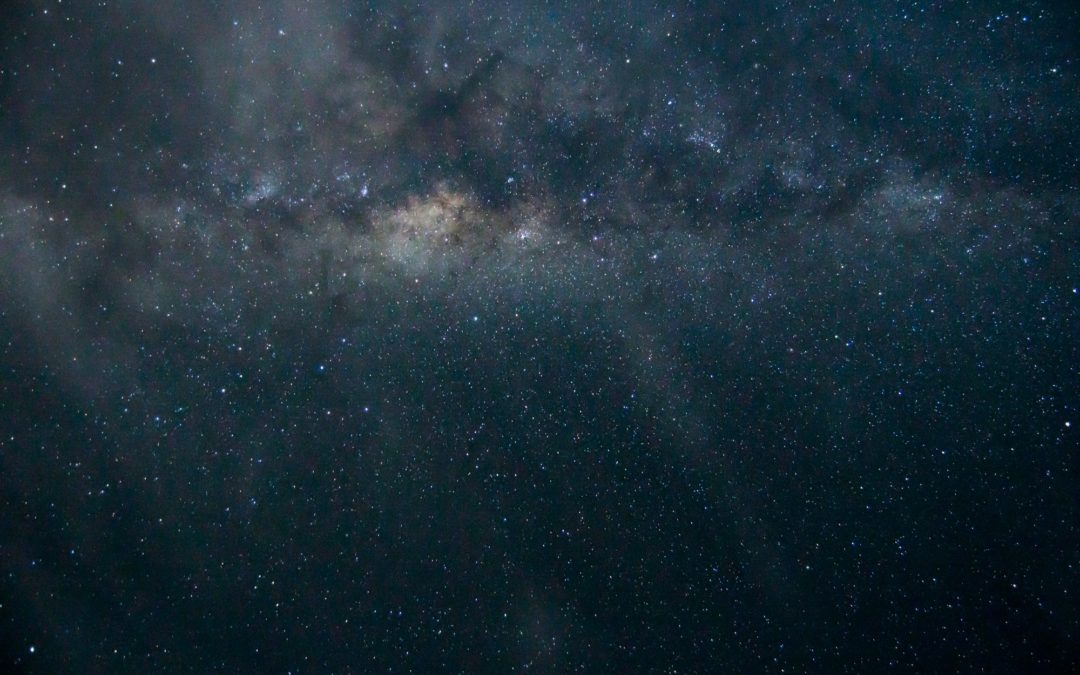 A year and a half ago, Spain became one of the first countries to go into lockdown. A group of researchers from Universidad Complutense de Madrid took this opportunity to study the variation of the brightness and color of the night sky in this period of time and used it to estimate the human contribution to light pollution.

The AZOTEA project and some information about the data obtained was presented during the eALAN conference 2021 that took place in June 15-17th. This symposium, known for gathering researchers working in Artificial Light at Night (ALAN) among whom some ACTION partners were included.

Getting measures along the time to detect variations in the night sky brightness can be used as a tool to detect changes in light pollution. Specially interesting measurements would be the ones taken during and post COVID-19 lockdown. One of a kind situation that motivated the launch of the AZOTEA project.

Let’s browse a couple of figures to get a general view of the results. The first one shows an array of measurements taken from inside Madrid city. Each color represents a channel of the RGB sensor of the camera. The graph shows color coded data points corresponding to the sky brightness. The diagram shows the date along the x-axis and the time of the night along the y-axis. The fish shape is due to nights being shorter in summer than in winter.  The figure is also an example of the great pro-am teamwork. This series has been gathered by Jaime Izquierdo, an AZOTEA collaborator that observes almost every night. 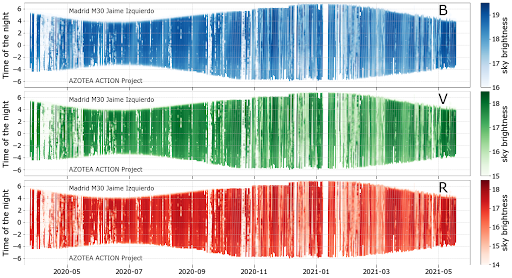 The second and last one shows monthly averages of the sky brightness in each channel for Madrid observations. This kind of diagram helps scientists to detect changes in light pollution. A long time series is needed to remove all the effects not related to artificial light such as clouds and aerosols brightening the night sky in urban polluted areas.