Which is the impact of human activity in Light Pollution? 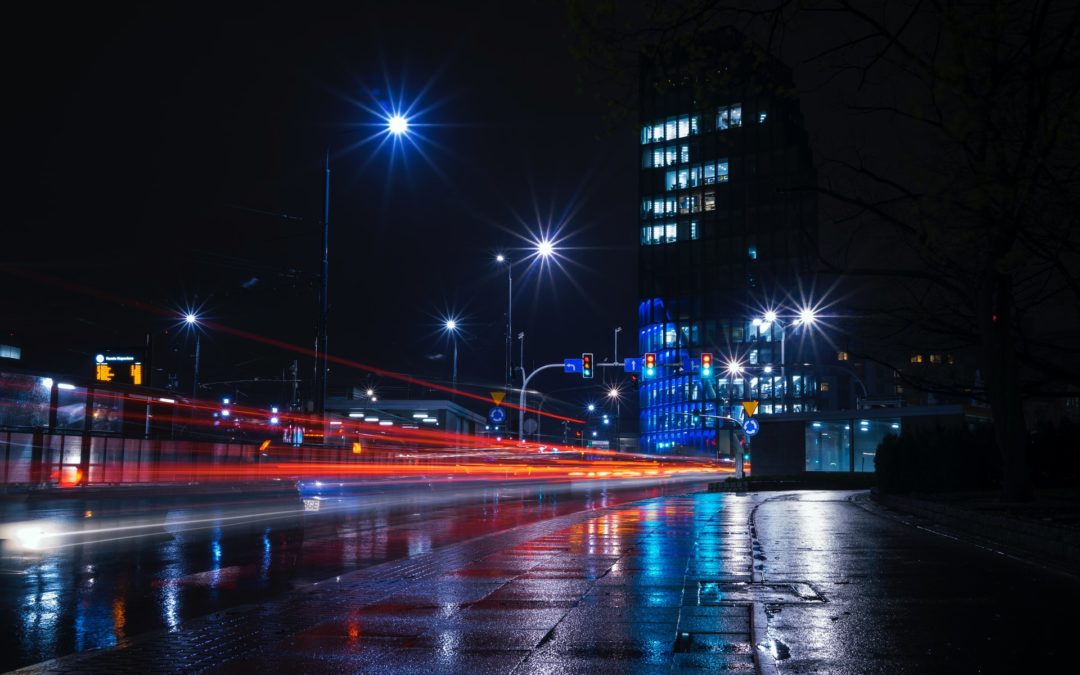 The brightness of the night sky in a big city varies along the night depending on when the street lamps of its streets are switched on, the traffic after sunset, something that includes specially the movement of particular cars and the late activity of workers at offices among others.

When studying these variations with photometers such as STARS4AL TESS-W from Universidad Complutense de Madrid (UCM), it is noticed that there is a sharp increase in darkness when, by law, the ornamental lights go out, something that happens usually at midnight.

AZOTEA project is detecting variations in night sky brightness produced by the first lock down enforced in Spain from March to June 2020 to stop the advance of Covid-19. From the difference with the data from June to October of the same year, the human contribution to sky brightness is being estimated.

Sky brightness measurements of this project can be compared with those of professional instruments for the same night. This graph shows the sky brightness at astronomical photometric bands obtained by the AstMON-UCM instrument installed on the roof of the Facultad de Físicas UCM, RGB measurements (converted to B, V and R) taken by Jaime Izquierdo with a DSLR camera at Madrid city as well as results from two other collaborators (De la Torre and Otero) from the same city and measurements taken with TESS-W stars1 photometer from the nearby city of Coslada. 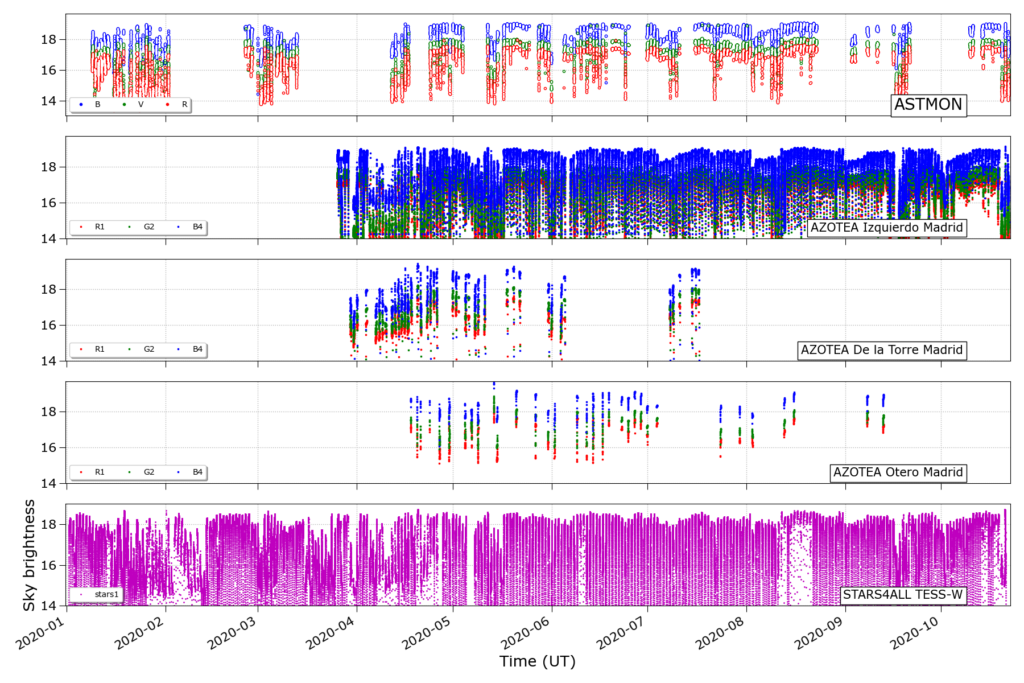