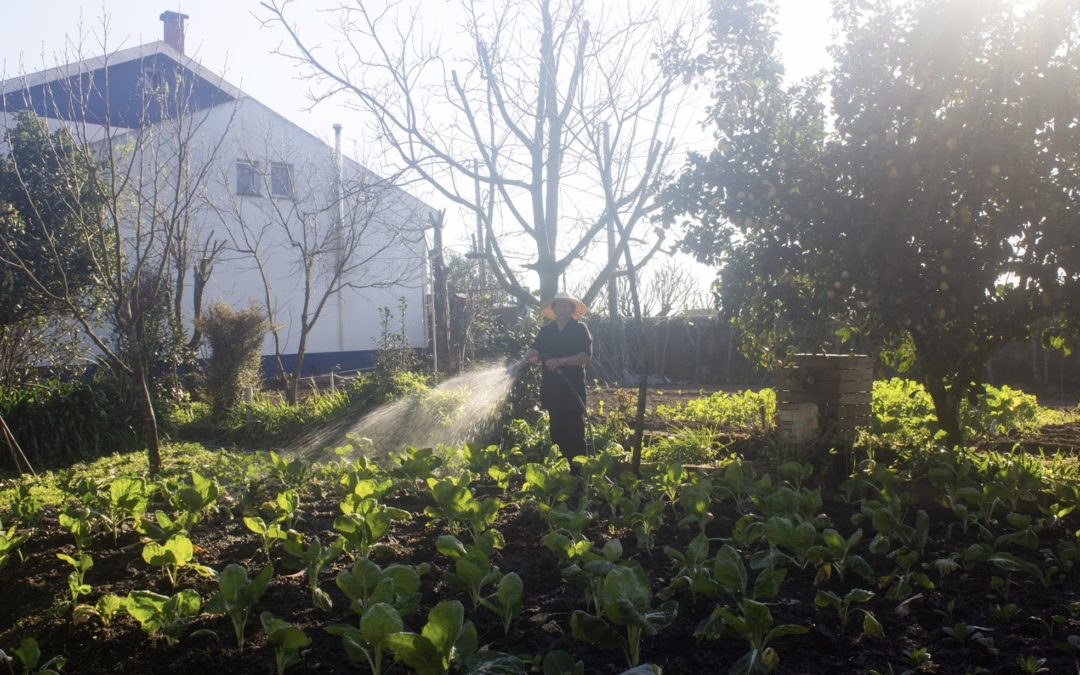 Some days ago, four ACTION pilots funded by the 1st open call successfully passed the internal final review and graduated. In the last six months the ACTION team accompanied them in an accelerator programme providing, besides fundings, regular exchanges, training and mentoring activities.

It has been a very interesting process for the ACTION team as well as for the pilots, as one of them highlighted:

“As our first citizen science project, we couldn’t be happier with the professional, precise and open support and constructive discussions we had throughout the accelerator with our fantastic mentoring team, and how that translated into a stronger project”.

We congratulate CitiComPlastic, In My Backyard, Sonic Kayaks and Noise Maps and we summarise some of their achievements in the next paragraphs.

CitiComPlastic, promoted by Nabolagshager, engaged citizens in experimenting on composting bioplastic, i.e. plastics made from renewable raw materials such as sugar cane, vegetable oils and corn starch. Volunteers in the Oslo area were provided with composters, sensors and other equipment and were guided in understanding and implementing the process of composting bioplastic. The results show that, even when the home composters can reach high temperature, which was a challenge for most of the volunteers, bioplastic does not transform into compost. This does not mean that this cannot happen in industrial facilities, but it shows that this material deserves a greater attention and cannot be handled at home. The project provided an interesting insight and guided toward awareness raising activities in order to better support citizens in choosing the materials they use on a daily basis. At the same time, an initial dialogue has been established with local authorities in order to better tackle this topic.

In My Backyard, carried out by Rio Neiva and its partner CEA (Municipal Centre for Environmental Education), investigated the use of harmful fertilizers and pesticides in home gardening and farming. The pilot took place in the Esposende region of Portugal. Data collection was based on home visits and online surveys. Results show that there is an unexpected high use of chemicals in home agriculture. This is mainly due to a lack of knowledge about the associated risks for the soil and for human health. Home visits resulted to be very effective in raising citizens’ awareness on the topic and, accompanied by capacitation and dissemination events, the pilot is helping the local community in the transition to more sustainable and environmentally friendly solutions.

Sonic Kayaks is an initiative of FOAM Kernow, in collaboration with the sound artist Kaffe Matthews which mixes sound art and scientific investigation for analysing water pollution. Before their participation in the ACTION Accelerator, they developed and experimented with a low-cost open hardware system for gathering and mapping fine-scale marine environmental data on kayaks. During the acceleration period, they developed two new sensors: one for water turbidity and one for air particulate matter.

Data is sonified through an onboard speaker allowing paddlers to seek out areas of interest and gain real time feedback of the data. In the last months they invested more time and energy on the sonification aspect of the project and engaged citizens to try out four different data sonification approaches and investigated which one could be the most straightforward for understanding the underlying data and was the one participants liked most.

The new Sonic Kayak kits proved to be very effective and they are getting attention from different actors in the UK, where the pilot took place, and abroad so that new collaborations and initiatives already emerged.

Noise Maps, Implemented by Bit Lab Cultural Cooperative, engaged citizens in addressing noise pollution in the neighbourhoods of the Sagrada Familia and the Raval, in Barcelona, both strongly affected by the health and social effects of noise. Indeed, the project can be seen as a community-led citizen science project because it emerged from the request of a neighbourhood association active in the improvement of the quality of life of its area.

The pilot was successful not only in proving the effectiveness of the noise sensors used during the project, but also in supporting the community in acquiring news skills related to technology development and usage. Moreover, the pilot empowered the local community by providing them robust data to be shared with the local authorities that can be used for developing citizen-generated recommendations.

We congratulate these pilots for their achievements, we follow the progress of ongoing ones and we are looking forward to the ones that will be financed by the second open call: four new pilots that will join the ACTION community in the first months of 2021 and enrich our vision on CS and its potentialities.

(Picture: Clara Roberti, In My Backyard)