Yes, if you are interested, learn more on how to get involved here.

What is this project about?

The pilot engages a network for citizen scientists and people interested in engaging in the research on how to protect the insect fauna from light pollution. The project invites amateur entomologists to participate in the research as well as discuss and analyze insect behavior to street lights and develop ideas for sustainable solutions for night time illumination. The research will provide long term data of the current status of insect occurrence in the four German regions engaged and possibly provide insights on the ongoing biomass decline, i.e. which insect orders and species are most affected and how they can be better protected.

For school classes, the project provides opportunities to work with insect specimens and learn about their ecosystems and functions as well as check out technological equipment to measure the impact of street lights on night time brightness.

Street lighting can greatly affect the habitat of nocturnal insects by attracting many insects to the light and depriving them of their habitats. In addition, if the attraction radii of adjacent street lights overlap, this can result in a barrier effect, making it much more difficult for insects to pass an illuminated street. For this reason, a new street lighting design has been developed to minimize the radiation of light onto insect habitat. The geometry of the light is strictly directed downwards with no reflection at the luminaire. The light is only be visible at the sidewalks or streets and objects on it, but no longer at the luminaire itself.

The new street lighting has been installed in four communities in Germany. The occurrence and behavior of insects on the street lights started to be evaluated in 2020. The monitoring is conducted two years before and after the conversion from the existing street light to the new design.

Have a look at the reports and tutorials developed througout the ACTION project:

What is novel and innovative?

Learn more on how to get involved here.

Learn more on light pollution by watching the webinar done at Ars Electronica 2020. 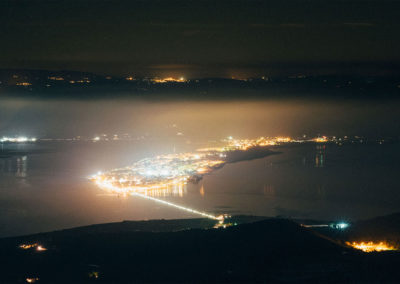 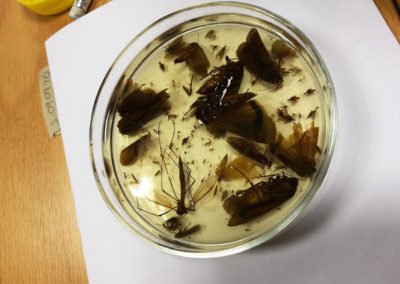 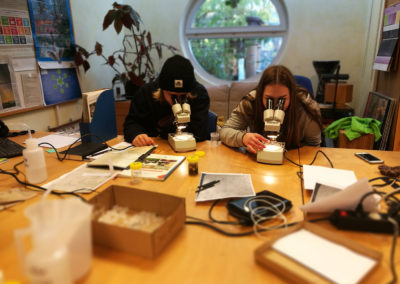 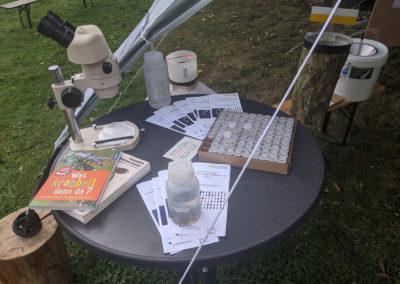 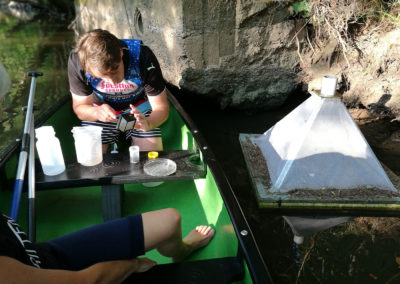 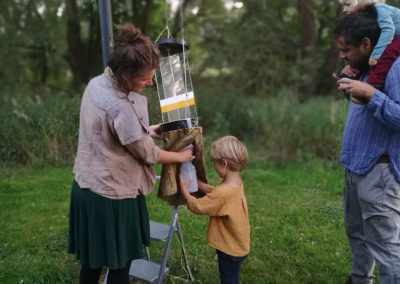